What is a Tailor's Bunion?

Tailor’s Bunions often occur when the ligaments that hold the bones of the foot together become more flexible than normal, allowing the fifth metatarsal bone to slowly move outward and the little toe to turn in toward the fourth toe.

There are several possible causes for this increased flexibility, including genetics, flat feet, injury and aging.

In addition, Tailor’s Bunions can be made worse by: 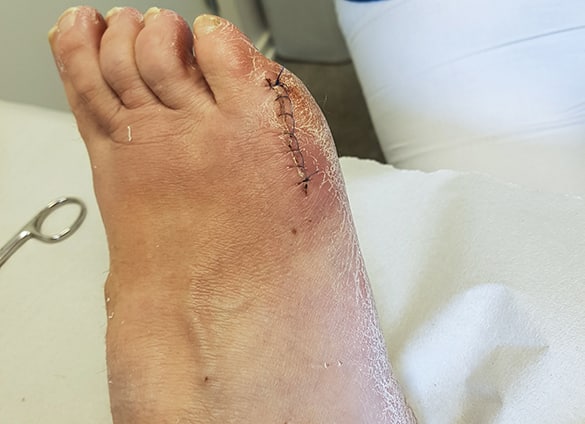 It is important to seek treatment early for Tailor’s Bunions because once they progress past the threshold for early treatment options you may need surgery to repair the toe joint.

The primary goal of early treatment is to relieve pressure on the bunion and halt the progression of the joint deformity, so your podiatrist may recommend:

Prescription orthotics are important in the treatment of Tailor’s Bunions because although they cannot cure a bunion they can slow the progression of the deformity by:

If you think you have a Tailor’s Bunion, or are concerned you may be developing one, contact us. 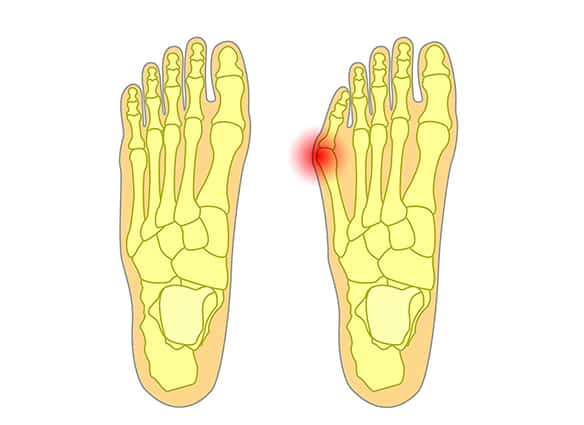