Can Pregnancy Change My Feet?

According to a recent study published in the American Journal of Physical Rehabilitation and Medicine, yes it can!

Professor Neil Segal, of the University of Iowa, collected foot posture measurements from 49 women during the first trimester of their pregnancy, then again five months after childbirth. He found that, for up to 70 per cent of the women, their feet grew bigger and their arches flatter over this time.

Professor Segal reported: ‘There was a drop in the arch of the foot. And there was a reduction in how rigid the tissue was supporting the arch. The foot spreads out, and there was an increase in the length as well as the width of the feet.’

These changes were possibly due to the extra weight and increased looseness of the joints associated with pregnancy.

Because the feet of the women studied did not return to their original size and shape following childbirth, Professor Segal suggested changes in foot posture due to pregnancy may be permanent.

He also suggested the effects of pregnancy may partially account for some women’s joint problems: ‘It is possible that these foot posture changes that occur during pregnancy may help explain why in comparison to men, women are at higher risk for developing pain with arthritis in the feet, ankles, knees and hips.’

If you are concerned about the effects pregnancy may have on your foot posture, contact us. 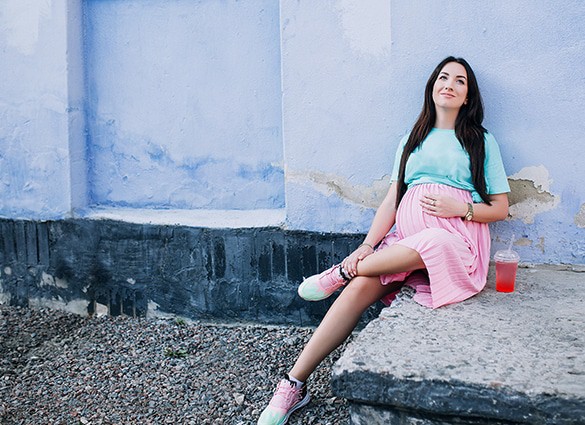